The Xiaomi 11T, 11T Pro and the Xiaomi Pad 5 arrive in Spain: official price and availability

It has been a few weeks since Xiaomi presented its new batch of high-end devices. We are talking about two smartphones, the Xiaomi 11T and 11T Pro (which no longer carry the surname Mi, by the way) and a tablet, the first tablet that the Chinese company launched in a long time, the Xiaomi Pad 5.

Today these devices already arrive in Spain, so Xiaomi has unveiled its official price and availability. The Xiaomi 11T can be pre-purchased from now on and will be shipped at the beginning of October (with a gift included, neither more nor less than a Xiaomi Mi TV P1 32 “). The Xiaomi Pad 5, for its part, can be reserved now with 100 euros off.

Data sheet of the Xiaomi 11T and 11T Pro

Two brothers alike, but not the same

The Xiaomi 11Ts are very similar on the outside and largely on the inside, but they are not exactly the same. The two devices share the 6.67-inch flat AMOLED panel with 120 Hz refresh rate, FullHD + resolution and HDR10 + support.

They are also similar in design, although the Pro is somewhat heavier. That may be due to vapor chamber cooling system, which is exclusive to the Xiaomi 11T Pro (or at least it is not mentioned that it is available in the standard model). 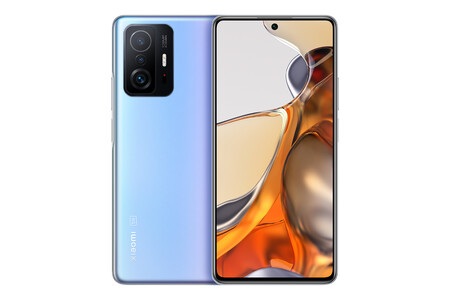 Where is the difference then? In the processor, RAM and battery. While the Xiaomi 11T has LPDDR4x RAM, el 11T Pro is equipped with LPDDR5 RAM memory, which is faster. The processor is a MediaTek Dimensity 1200 in the 11T, while in the Pro it is a Snapdragon 888. The battery, although it has the same capacity, differs in the speed of fast charging: 67W in the 11T versus the 120W of the Pro model.

Otherwise, both terminals are the same. They have the same internal storage capacity (128 or 256 GB), the same rear cameras (108 megapixel main sensor, eight wide angle and five telemacro) and the same front cameras (16 megapixels).

Data sheet of the Xiaomi Pad 5

The return of Xiaomi tablets

The Xiaomi Tab 5, meanwhile, is a tablet with a design that, in some way, slightly reminds of the iPad Air. Ride a 11-inch IPS / LCD panel with WQHD + resolution (2,560 x 1,600 pixels) with 120 Hz refresh rate and compatibility with Dolby Vision, so it is not exactly a low power screen.

Inside we find the Snapdragon 860 processor (which is a more powerful Snapdragon 855+ and without 5G) along with 6 GB of LPDDR4x RAM and 128 GB of internal UFS 3.1 storage. Its battery is 8.720 mAh and its fast charging technology amounts to 33W. The operating system is obviously Xiaomi 12.5, but adapted to the tablet format.

The tablet has two cameras, one in front and one behind, and four speakers with Dolby Atmos and Hi-Res Audio processing. It has Bluetooth 5.0, WiFi ac (not WiFi 6) and USB type C. It is compatible with the Xiaomi Smart Pen, so it can be used to paint, design or take notes.

Price and availability of the Xiaomi 11T, 11T Pro and Pad 5 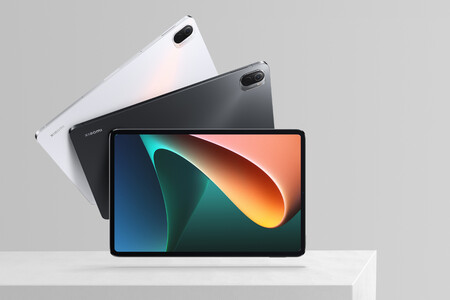 The Xiaomi 11T can be booked from today until October 3. Those users who reserve either of the two phones during this period will receive a 32-inch Xiaomi Mi TV P1 Series as a gift. This promotion will be available in operators, in official retailers and on the Xiaomi website and stores.

The Xiaomi 11T ProFor its part, it is available in the 8/128 GB version on the Xiaomi website and stores, as well as on Amazon for 649.99 euros. The 8/256 GB model is available in other stores and operators for 699 euros.

LG prepares for the battle to come in the automotive sector: it buys Cybellum, a cybersecurity company for cars, for $ 240M

Europe’s first RISC-V chip comes to life – EPAC is meant for supercomputers, but this is just the beginning